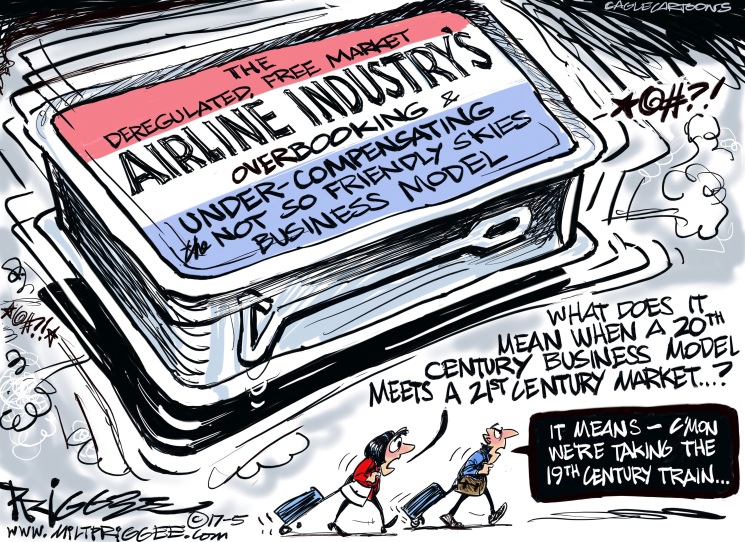 Flying American Airlines? Be Prepared to Hold It

Members of any airline frequent flyer club have seen the benefits of membership gradually erode under the relentless assault of airline bean-counters. The yearly mileage necessary to qualify for even the lowest membership level has increased dramatically over the years.

At the same time the member's accumulated miles have been devalued as the mileage cost of free tickets has been increased to a minimum of 25,000 miles. Other perks, like upgrades and airport lounge passes, associated with climbing up the frequent flyer status ladder, have also been reduced or eliminated.

The only airline club where the benefits have remained largely intact is the Mile-High Club and now American Airlines has declared war on that collection of randy flyers.

On American's new 737-MAX aircraft, one would have to be Tyrion Lannister, to have even the remotest hope of conducting an induction ceremony, and even then it would be very close. Passengers flying on the remodeled 737 would do well to gate-check their claustrophobia.

The new bathrooms on that aircraft are so small the usage experience more closely resembles that of a human cannonball than it does of relieving oneself. At the circus the human cannonball knows, given the dimensions of the gun tube, once inside he's not going to have the luxury of repositioning himself.

The same is true for the cruelly-named 737-MAX.

The 'MAX' bathroom is 25 percent smaller than the telephone booths flyers have grown accustomed to using in the past. The new comfort coffins are so tight it is impossible to turn around once inside with the door closed. This presents no problem for women or men who want to keep their options open, but for the rest of us, we're going to have to commit before we close the door.

Plus-sized passengers may require the assistance of Crisco or their fellow passengers to get in and get out.

And that's not where the similarity to Ringling Brothers ends.

Just as the human cannonball is expelled by the expansion of hot gases trapped behind him in the tube, passengers following an exiting flyer too closely into the aircraft lavatory may find themselves wishing they could eject when encountering a large hot aroma trapped in a small confined space.

These indignities are only confined to healthy passengers. Nervous flyers or those with sensitive stomachs would do well to start practicing hurling while standing erect, because it is impossible to bend over in those bathrooms. This will be no problem for drunks and three-year-olds, but for rest of us abandon all hope of privacy as you are forced to leave the door open to bend over and be sick.

I always assumed when it came to mobile evacuation nothing could top the combination of indignity and excitement one experienced using a bus bathroom while the vehicle was in motion. It would have made perfect sense for Greyhound to install timers in those 'restrooms' so passengers could try and remain seated as long as the average bull rider.

Yet even in the worst bus bathroom I never got the impression the company had it in for me. Not so with American Airlines. Only a corporation that's part of a lock-step oligopoly could exhibit such utter contempt for the comfort and dignity of its customers. To say nothing of its own reputation.

Starbucks shut the entire company down to atone for its sin after offending two black guys that weren't even customers. American Airlines insults its entire customer base while laughing all the way to the bank.

The indignity doesn't stop after you've finished your business. The sink in this washcoffin is so tiny passengers can only wash one hand at a time. It would have made more sense to dispense with the sink altogether in favor of waterless hand cleaner and devote the added room to the preservation of male kneecaps.

Flight attendants are on the passenger's side in this dispute. The two shoebox bathrooms are located across from each other in the rear. Attendants have discovered that if doors open simultaneously, the two frequently snag, forming an impromptu wall that traps them in the galley.

Our loss in comfort and privacy is naturally American's gain. Smaller bathrooms, thinner seats and less distance between seats allow more passengers. American has increased the load from 160 passengers to 172 with the letterbox-sized bathrooms.

Flyers like me who avoid American aren't safe either. Airlines are in figurative race to the bottom and I fear my United will soon adopt American's malign one-holer design. The only bright spot I can see - and limited to longer flights - is the reduction in bathroom size might force American to institute a corresponding reduction is flight attendant size. In the interest of safety, of course.