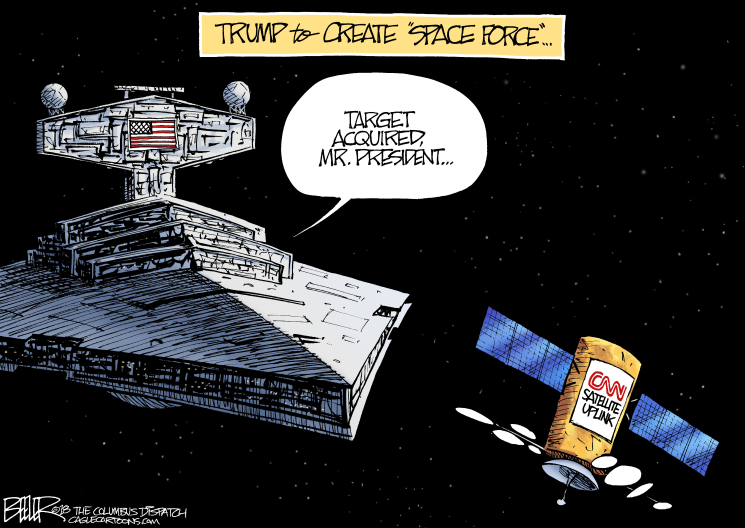 “The Pew Research Center quiz was harder than I expected.”

“Ah, yes, you speak of the recently released survey in which Pew quizzed 5,035 adult Americans to determine their ability to distinguish between factual information and opinion statements in the news.”

“Let’s take a look at the quiz. Pew’s first statement says, ‘Abortion should be legal in most cases.’ Did you classify that as a fact or an opinion?”

“I classified it as an opinion and got it right. This is a contentious issue, but the statement is still an opinion.”

“Pew’s second statement said, ‘Immigrants who are in the U.S. illegally have some rights under the Constitution.’ How did you classify that one?”

“It’s factual. Look, it’s true that undocumented immigrants don’t have the full rights of a U.S. citizen, but, according to the ACLU, our Constitution does afford them some rights, such as freedom of speech, religion, privacy and others. I struggled with Pew’s next statement, however.”

“That ‘Democracy is the greatest form of government’?”

“Yes. I classified it as a fact, because I strongly believe that democracy – in our case a representative republic – is the greatest, but the statement is, in truth, an opinion.”

“It’s not always easy to separate one’s strong beliefs and opinions from facts. Pew found that each participant was more likely to classify both factual and opinion statements as factual when the statements validated his or her personal politics or beliefs.”

“That’s probably why Pew chose 10 statements that may get people fired up, depending on their political points of view. Such as this one that’s still driving conspiracy nuts crazy: ‘President Barack Obama was born in the United States.’ I correctly classified that as a fact.”

“Which others did you get right?

“It’s a fact that ‘Health care costs per person in the U.S. are the highest in the developed world,’ that ‘Spending on Social Security, Medicare and Medicaid make up the largest portion of the U.S. federal budget,’ and that ‘ISIS lost a significant portion of its territory in Iraq and Syria in 2017.'”

“Which opinions did you classify correctly?”

“It’s an opinion, not a fact, that ‘Immigrants who are in the U.S. illegally are a very big problem for the country today,’ and that ‘A $15 federal minimum wage is essential to the health of the U.S. Economy.'”

“That leaves us with one more statement: ‘Government is almost always wasteful and inefficient.'”

“Even though I know that statement is an opinion, I couldn’t resist classifying it as a fact!”

“To be sure. Our republic depends on a well-informed populace to remain strong. If the majority of our people can’t differentiate between fact and opinion – or fact and fiction, for that matter – they can be easily misled. That doesn’t bode well for our future.”